Ivory: A Legend of Past and Future 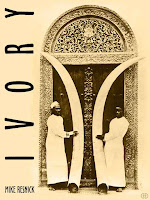 Resnick, Mike. Ivory: A Legend of Past and Future.

6 words: Kilimanjaro Elephant- where are his tusks?

Duncan Rojas, senior researcher for Braxton's Records of Big Game in 6303 G.E. (Galactic Era), loves research and problem solving more than people. Approached by Bukoba Mandaka, last of the Maasai, to discover the tusks of the Kilimanjaro Elephant (an actual legendary elephant which was supposedly killed in 1898 and whose enormous tusks are still in the British Museum), Rojas finds himself plunged into a challenge worthy of his time and efforts. While he has questions about his employer, he quickly becomes immersed in his quest.

The novel consists of various episodes moving back and forth in time as Rojas traces every mention of the tusks. In each episode, new characters who have had possession of the tusks are introduced. Initially, Ivory moves pretty quickly, but some of the episodes should perhaps have been omitted as they add little to the novel.

I found much of Ivory enjoyable, but there were definitely some slow periods and the pacing felt off.