I'm still reading Sei Shonogon's Pillow Book a little at a time and still enjoying it.  None of her entries are very long which makes it easy to read one, or several, within a short time.  It makes me smile to think of her interest in clothes.  The clothing for both men and women in that period (at least for the 10th c. court figures she describes) was elaborate and colorful, and Shonagon gives frequent admiring descriptions of what people were wearing.

The interest in poetry also surprises me--reciting famous poems on cue, recognizing a line from a famous poet and being able to complete the poem, and writing original poetry was both an entertainment and a challenge.  One person creates a line of an original poem, and another must come up with the first line.  Often notes were sent couched in poetry that must be replied to poetically--and the poems were read aloud and judged by an audience.  For example, if a court figure sent Shonagon a poem, she knew the poem she sent in response would be read and evaluated.  Word play is another form of entertainment appreciated by the court in both names and jokes--I frequently have to flip to the end notes to get the implied meanings.

In the meantime, I continue to read mysteries and police procedurals in a completely different manner from Shonogan's Pillow Book.  I swallow these whole.  No reading a few pages and putting down a mystery or a police procedural for me--I'm going to finish before going to bed in most cases.

About two weeks ago, I read J.M. Gregson's An Academic Death from Endeavor Press offered through NetGalley.  I discovered that earlier books in this series are available for free in Amazon's Kindle Unlimited program and that was enough encouragement to read more. 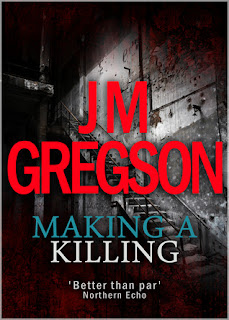 Making a Killing is the second book in Gregson's Lambert & Hook series of police procedural series.  The cover has little to do with the book or with the murder of an estate agent whose body is discovered in a beautiful old home full of grace and character.

What I like about the series is the effort the author puts into character development.  All of the suspects have a grudge against the murdered Stanley Freeman, and as Superintendent Lambert and DS Hook investigate, the suspects reveal themselves little by little through the skillful questioning of Lambert and Hook and through their own thoughts.

First published in 1990, Making a Killing avoids graphic descriptions and concentrates on the investigation as each suspect evolves into a genuine individual.  Freeman was an unpleasant man whose actions caused grief and resentment both in his employees and his wife, and it is easy to sympathize with the grievances of each suspect.  Gregson manages to keep the field open through most of the book, relating the motives, the behaviors, and the alibis--and the failures of those alibis--gradually.  I enjoyed the skillful development of characters, the relationship of respect and wit between Lambert and Hook, the ability to visualize the scenes, and the author's intelligent and thoughtful prose.

I actually enjoyed this one more than An Academic Death (which was the 14th in the series and my first encounter with J.M. Gregson's Lambert & Hook).

And since they are free, I was on to the next in the series as soon as I finished. 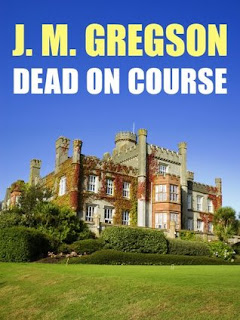 Dead on Course finds Lambert & Hook investigating a man found dead on the golf course of the Castle on Wye Hotel and Country Club.  Once again, there are plenty of suspects and again, the plot avoids the sensational aspect of gore, concentrating instead on characters, motives, and careful plotting.

These books don't have to be read in order, each crime is conducted well within the confines of the book. The mysteries rely on astute and resourceful police work, not sensational or bizarre murders by evil or demonic characters.  The guilty party may have sociopathic tendencies--or may be an ordinary individual pushed by circumstance, but the murders are not senseless or random.  The killer has a reason for the murder, rather than killing simply for the pleasure of it. 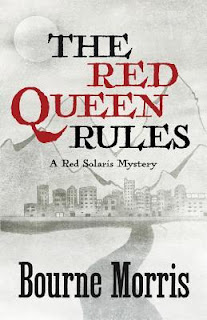 The Red Queen Rules by Bourne Morris is the third in the series featuring Red Solaris and the journalism department at a fictitious campus in Nevada.  It is a timely mystery that covers sex trafficking, freedom of speech issues on campus, and white supremacy attitudes.

The issues covered are important ones and are given careful consideration, but the novel itself did not appeal to me as much as the two previous novels did.  Red, now dean of the journalism school, wants to stand up for freedom of speech when a group on campus that espouses white supremacy invites a speaker whose presence and opinions have initiated violent protests at previous engagements.   The dilemma--when does free speech become hate speech and is the purpose of the event to provoke violence?

While the issues are all quite pertinent at present and are interesting and well done, the involvement of Red strikes me as ridiculous for several reasons that I won't mention because they would reveal too much.

Each of the three books in the Red Solaris series deals with important topics, but the romance side of the book detracts somewhat by adding unlikely scenarios.  Red's "detective" endeavors would satisfy me more if they were more realistic.

I did like the eventual response on the part of the students who opposed the philosophy of the hate group and could only wish that in this controversial period of our history people would opt for nonviolence with as much grace and determination.