Two Reviews and A Little about Snail Mail 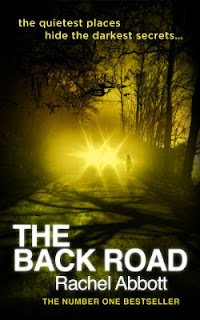 Although I had some problems with Rachel Abbott's Only the Innocent, I knew I was going to give this author another try, and Kindle Unlimited had The Back Road on offer.

I liked this one much better.  DCI Tom Douglas has retreated to a cottage in Little Melham, taking some time off for both personal and professional reasons.  His ex-wife has moved, taking Douglas' young daughter with her, and life at the Met in London has caused Douglas to rethink some important issues.

Of course, his peaceful retreat will not remain as relaxing as he hopes.  A young girl has been struck down and left for dead on a back road.  No one knows why Abbie was out so late or who in the small community could have callously left the young girl to die.  Was the hit and run an accident or was Abbie deliberately targeted?

Douglas' neighbors Max and Ellie Saunders have their own secrets, but they are not the only ones, quite a few people in the village have secrets.

Secondary threads abound, and the story may be a little overly complicated, but the plot kept me absorbed as I suspected one possible villain after another. 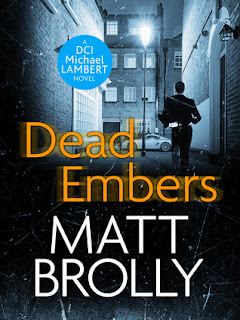 Dead Embers by Matthew Brolly is the third in his DCI Lambert series.  I have not read the previous books, but the book works fine as a stand-alone.

DCI Lambert is summoned to the scene of a house fire; a three-year-old has been rescued, but the parents did not survive.  Arson is not part of DCI Lambert's usual purview, but one of the victims is a fellow officer.  At the same time, an anti-corruption investigation is in process concerning Lambert's boss, complicating certain aspects of the investigation.

DCI Lambert has plenty of other problems as well, but his determination to solve this case is evident.  (Have to admit that I was not all that taken with DCI Lambert, but perhaps if I'd read the earlier books, I would have a better opinion.)   Checking in with Goodreads, I found that the first two books in the series received excellent ratings.


Snail Mail
I've been catching up on some letter writing lately.  I love making my own envelopes or decorating purchased envelopes.  Postcards are fun, too.  I like getting out paints or creating a collage or trying a new technique.  I don't always have a great deal to say, but since I love getting letters, I give it a good effort.


I had fun with Valentine postcards last month. 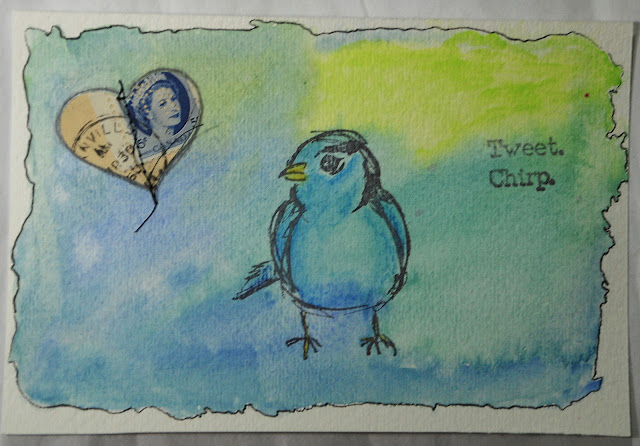 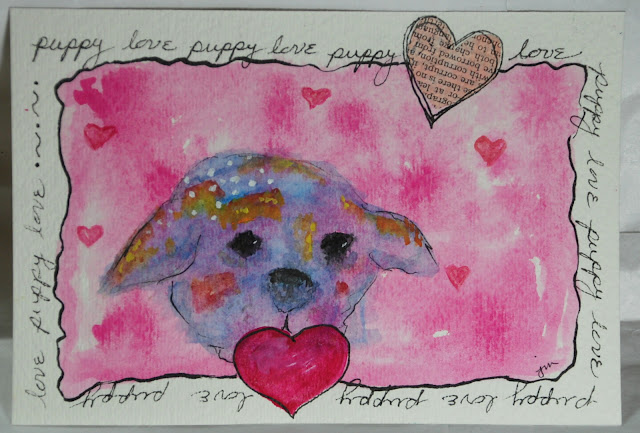 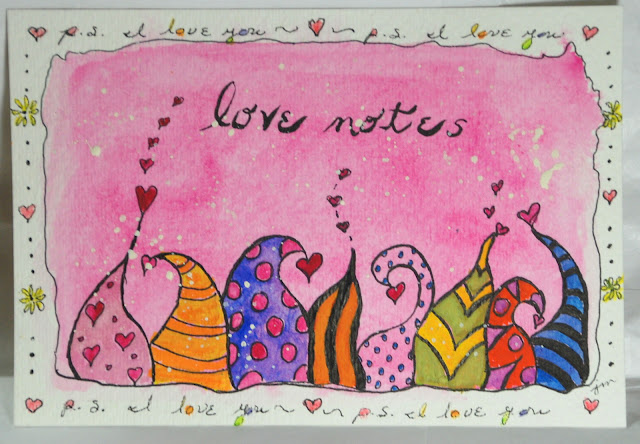 April is National Letter Writing Month and Write-On is having another letter writing campaign.  The goal is to write 30 letters in 30 days in April.  Last year,  I had fun with this--writing postcards and letters to family and friends and a few new people.  I ended up with fewer than 30 mailed letters, but more than 20.  Writing the grands helped--sent lots of postcards and letters to them.  (30 letters is a LOT of letters!) I combined my letters with National Poetry Month which is also in April and mailed poems or parts of poems, which made a nice mix, celebrating both months at the same time.

The point of events like Write-On is to encourage letter writing, so I don't worry about meeting a designated number.  You may want to drag out your lovely stationery and favorite pens and write someone just to let them know you are thinking of them or invite someone to lunch with a pretty card instead of a phone call.  Anytime is a good time to send a little something through the mail.  Oh, and Easter is in April this year, so Easter cards are another possibility.

I've been thinking of what I'll do for Write-On.  I don't know if I will  formally participate, but I will try to get more letters/postcards in the mail than usual.  I may combine it with National Poetry Month again--which saves me having to think of anything to say!  And I think I'll make some bookish postcards....  :)

Just curious--how many of you buy cute cards or beautiful stationery because you can't resist?
Posted by jenclair at 3:59 PM