A Fatal Assignation, Dark Truths, and No Mercy (and snail mail)

I love getting mail, and I enjoy making my own stationery, postcards, and envelopes.  When I don't make my own envelopes (like the black ones), I have fun decorating them.  Lacking genuine artistic ability doesn't prevent me from creating cartoon characters and collages and using stamps to make fun mail.

Some are letters, some are postcards.
Some to friends, many to grand kids.
(pics are from my other blog) 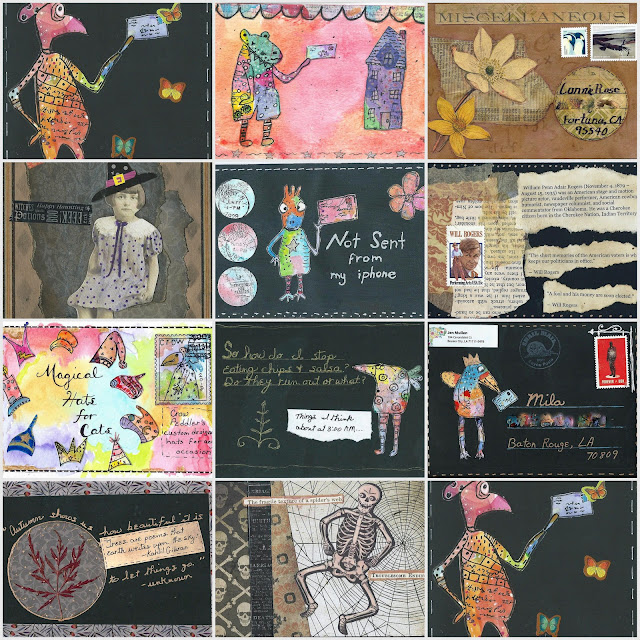 I receive some wonderful mail as well, but whether they are decorated or not, the most fun is finding handwritten letters in my mailbox!

So...I am concerned about the frequent re-occurrence of plans to privatize the USPS.  I'm a frequent snail mailer because I love handwritten letters and postcards.  Privatization of various entities has been hit or miss for the American consumer.  (Prisons for profit are a good example of a bad privatization.)


"Recommendations like shuttering post offices, reducing delivery days, and relinquishing the sanctity of the mail that mailers and household have come to trust and rely upon are unlikely to be the commercial panacea the task force suggests they may be." Source:  Common Dreams 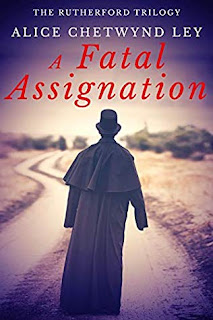 from description:
London, 1816When Lord Jermyn goes missing, his wife asks scholar-turned-sleuth Justin Rutherford to find him without raising a scandal.It seems that Justin’s niece, Anthea, was the last person to see the rakish lord — waiting in a secret room in a fashionable dress shop.But days later, Jermyn is found shot and buried in a pauper’s grave.

While not a favorite in this genre, A Fatal Assignation entertained me for a few hours. 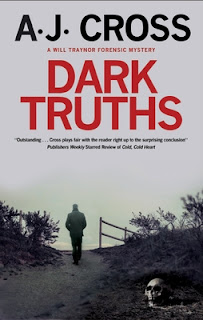 When the body of a jogger is discovered minus her head, criminologist Will Traynor is brought in to aid the investigation.  DI Bernard Watts has enough on his plate having just been returned to an active crime case after working cold cases and still has to deal with new recruit Chloe Judd and with Will Traynor, who is obsessed with finding out what happened to his wife a decade previously.

Although Dark Truths is billed as the first in a series about criminologist Will Traynor; the plot actually has more to do with Watts and Chloe Judd with a sideline of Traynor's distractions on his own investigation into his wife's murder.

I would read the next in the series to see if the focus is on Will Traynor and his abilities as a criminologist.  At this point, I'm not invested, but often the second entry in a series is the one that truly engages my interest. 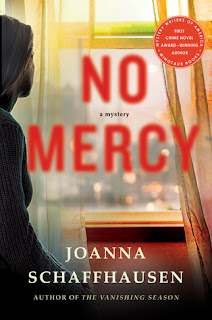 No Mercy by Joanna Schaffhausen follows The Vanishing Season in which she introduced Ellery Hathaway and Reed Markham.

Suspended from her job for shooting a murderer, Ellery must attend therapy sessions for victims of violent crimes where she meets Wendy, victim of a rape in which her assailant has not been caught.  Wendy can't resume her normal life as she remains in fear that her assailant will return.  Ellery's suspension means she has limited resources, but she does have FBI agent Reed Markham.

She is also interested in an older woman whose young son died in an arson fire decades ago.  But was the right person convicted of setting the fire?  Ellery has questions.

No Mercy works fine as a stand-alone, so it isn't necessary to have read The Vanishing Season to understand or appreciate the plot.