It seems like almost everyone has read Eight Perfect Murders, and there isn't much I can add without spoilers. 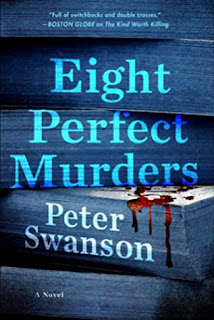 from description:  A chilling tale of psychological suspense and an homage to the thriller genre tailor-made for fans: the story of a bookseller who finds himself at the center of an FBI investigation because a very clever killer has started using his list of fictions most ingenious murders.

What's to love:  Malcolm Kershaw owns a bookshop.  A narrator who is holding some things back.  Plenty of twists that keep Malcolm trying to unravel who is killing people based on his own list of perfect murders.

In 2018, I read the three previous books in this series featuring Houston detectives Noah Daughtery and Connor Crawford.  I liked all three, and I enjoyed Autumn Secrets  as well. A serial killer has been burying bodies in a field.  When Noah and Conner arrive, they expect only the one body that had been discovered, but a misstep in the muddy field reveals another body and means the use of dogs to see if there are more.  And there are.  (This was interesting because the "borrowed" dogs were being trained to find survivors and become upset when they realize the scents they are locating are not survivors, but the dead).

A character from the first book, makes another appearance as a romantic interest for Noah.
This is the final book in the Seasons Pass series.  I hope it isn't the final book for the characters. 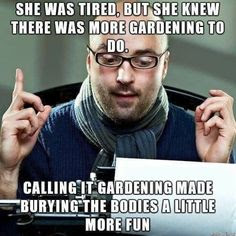