I Will Never Catch Up with Reviews... 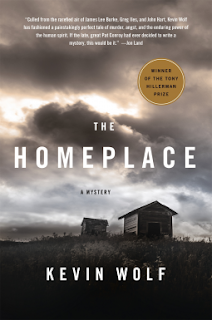 The Homeplace by Kevin Wolf.

Description:  Chase Ford was the first of four generations of Ford men to leave Comanche County, Colorado. For Chase, leaving saved the best and hid the worst. But now, he has come home. His friends are right there waiting for him. And so are his enemies.

Then the murder of a boy, a high school basketball star just like Chase, rocks the small town. When another death is discovered— one that also shares unsettling connections to him—law enforcement’s attention turns towards Chase, causing him to wonder just what he came home to.
A suspenseful, dramatic crime novel, The Homeplace captures the stark beauty of life on the Colorado plains.

A couple of the minor characters and the setting were more interesting than either the main character or the plot. 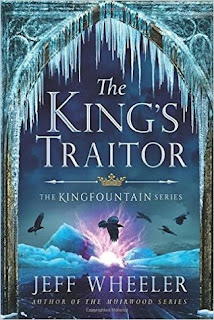 The King's Traitor by Jeff Wheeler is the final entry in the Kingfountain trilogy.

Owen Kisskadon finally decides that perhaps his oath to King Severn Argentine must be reconsidered.  His new mission to incite war in another province proves the final blow, and Owen looks into his already disturbed conscience.

I've enjoyed this trilogy with its alternate English history and mythology, but this final one seems a bit too conveniently rushed.  This is a series to read in order, but I liked the first two books better than this final installment. 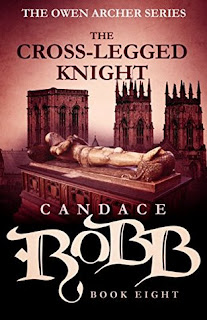 The Cross-legged Knight by Candace Robb in the 8th in the Owen Archer series.  This is one of my favorite medieval mystery series because Candace Robb not only evokes the 14th c city of York in such detail, but has managed to create such interesting characters (both fictional and historic) who develop from one book to another.

The title comes from the legend that knights who have been on a Crusade were often depicted with crossed legs.  As in her previous books, Robb manages to introduce history without being pedantic, as well as plot an intriguing mystery.

I've reviewed several of Robb's novels, and even if this is not my favorite, I continue to love this series. 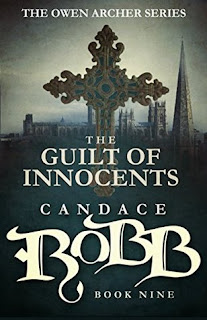 The Guilt of Innocents, book 9 in the Owen Archer series. Well, sometimes I can't resist "just one more" book in a series.   This fictional mystery was inspired by a real incident, and Robb's imagination involves Owen Archer.

The characters continue to be enriched, especially Alisoun and Jasper, whose roles have enlarged.  Magda could anchor a series on her own.

Robb's ability to draw the reader into the lives of her characters, those who are real and those who are fictional, but who have enough emotional depth to seem real, is one of the strengths of this series.

Because the characters and the events in their lives are so important, it is best to begin this series at the beginning--even if each one can serve as a stand-alone.

I have only two more books Owen Archer books left to read, so I'm going to resist reading another right now.  I don't want the series to end and want to savor it for longer.