Murder at Greysbridge by Andrea Carter, One Step Too Far by Lisa Gardner, The Big Perhaps by John Seeley, Dead Point by LaVonne Griffin-Valade

I didn't intend to take a break from blogging in December, but the longer I was away, the harder it was to get back. 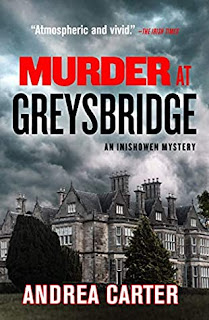 The setting in Inishowen, Ireland, caught my interest and although this is the fourth book in the series, it is the first I've read.
Solicitor Benedicta (Ben)O'Keefe's legal assistant is getting married at the historic and recently renovated Greysbridge Hotel.  Of course, things do not go well and two of the hotel's guests end up dead.  The hotel has the reputation of being haunted, there is a nice mix of characters, and an intriguing atmosphere.
Fun.  I'll read more.
NetGalley/Oceanview Books
Mystery.  Nov., 2021.  Print length:  353 pages. 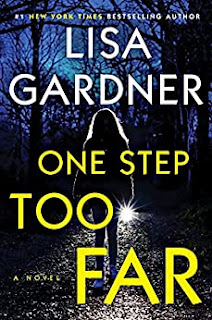 One Step Too Far by Lisa Gardner is the second book in her new Frankie Elkins series, and I liked it much better than the first one.
The threats of the wilderness in an isolated area of a National Forest in Wyoming combined with the tension that emanated from the search team kept the suspense high.
Timothy O'Day disappeared five years ago when he and his groomsmen went for a bachelor's weekend before his wedding.  Only Tim was  a skilled outdoorsman; the other young men were at a loss at how to locate him.  The searches at the time and since have turned up nothing.
Tim's father and the four groomsmen are prepared for what might be the final search when Frankie Elkins reads about the search party in a local paper and decides to join in.
A number of interesting characters and a great setting becomes even more intriguing as Frankie senses something intrinsically wrong--in the previous stories, the tension, reluctance, and guilt among members of the search party, and in the disturbing incidents that sabotage their efforts.
I already love several of Gardner's books, and was not at all sure of this new series, but this was a page-turner and that I could hardly put down.  Now, I'm ready for the next one.
NetGalley/Penguin Group
Mystery-Thriller.  Jan. 18, 2022. Print length:  418 pages. 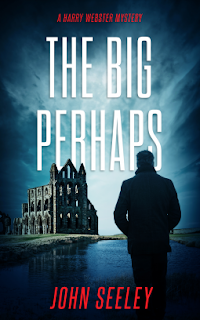 from description:  Thirty years after the unsolved murder of hardboiled fiction writer Dan Fargo, a single orphaned manuscript page turns up that could be evidence of a previously unknown novel by the author.

Private detective Harry Webster is hired by a wealthy fan to prove or disprove the existence of this long rumoured masterpiece, The Big Perhaps.

It appears on the surface to be a tricky but safe assignment....

There were plenty of things to like in this one, especially as I tend to like missing manuscripts and some of the secrets went back to WWII.  On the other hand, although Seeley's prose is good, the arrogance and condescending attitude of the main character annoyed me.
NetGalley/Booksgosocial
Mystery.  Nov. 17, 2021.  Print length:  429 pages. 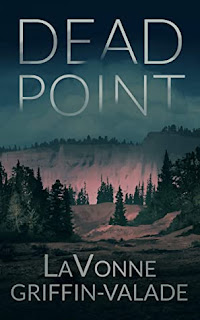 from description:  When Maggie Blackthorne returns to her hometown after nearly twenty years to serve as an Oregon State Police Sergeant, she expects to deal with the usual suspects — drunk drivers, oxy slingers, and the occasional rural scofflaw.
But after she stumbles upon the bullet-ridden bodies of twin brothers, she realizes she’s stepped into something much more sinister
An interesting debut novel, and I would certainly give the next one a try.  The blurb compares it to the Longmire books, but no--that would be a stretch.  Maggie and Trooper Hollis have potential, however.
Mystery/Thriller.  June 15, 2021.  Print length:  390 pages.