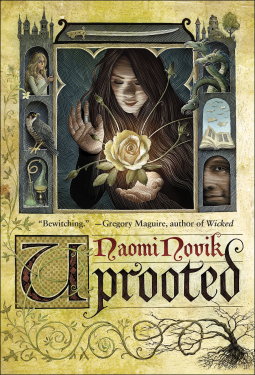 From "real" dragons in the Temeraire series, to a wizard who is a dragon in name only in Uprooted; from a fantasy version of the Napoleonic Wars to a novel that takes the form of a Polish fairy tale--Naomi Novik's creative imagination provides readers with a new world.

It started very much like a book I read last year (Dragon Rose), and I was a little nervous about the similarity (of a girl chosen to leave her village and be a companion of the local dragon).  Fortunately,  Novik has created a story that captivates on several levels and has little in common with the other book.

Novik's Uprooted  is one of those special fantasy/fairy tales that will seize your interest and curiosity, keep you in suspense, and linger long after you finish.  It has that indefinable "classic" feel, yet the characters  have a depth that classical fairy tale characters lack.  The best of both worlds! 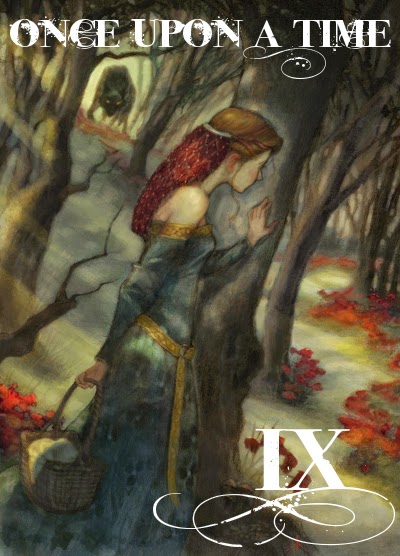 A perfect and timely read for Carl's Once Upon a Time Challenge!  Recommended.

Naomi Novik was born in New York in 1973, a first-generation American, and raised on Polish fairy tales, Baba Yaga, and Tolkien. She studied English Literature at Brown University and did graduate work in Computer Science at Columbia University before leaving to participate in the design and development of the computer game Neverwinter Nights: Shadows of Undrentide.

Her first novel, His Majesty’s Dragon, was published in 2006 along with Throne of Jade and Black Powder War, and has been translated into 23 languages. She has won the John W. Campbell Award for Best New Writer, the Compton Crook Award for Best First Novel, and the Locus Award for Best First Novel. The fourth volume of theTemeraire series, Empire of Ivory, published in September 2007, was a New York Times bestseller, and was followed by bestsellers Victory of Eagles and Tongues of Serpents.
On April 26, 2011, she published Will Supervillains Be on the Final?, volume one in a new graphic novel series titled Liberty Vocational. She is also currently writing League of Dragons, the final Temeraire novel. (naominovik.com)
Read in April; blog post scheduled for May 4.

Labels: fairy tale, fantasy, once upon a time challenge IX