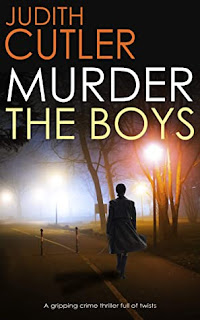 I've been reading a series by Judith Cutler that has engaged me (and are free on Kindle Unlimited) and kept me moving from book to book.  The protagonist, Kate Powers has recently joined the Birmingham CID after a personal tragedy.  Original title:  Power on Her Own.

From the description:  THE CASE
Boys are being abducted, abused, and murdered on her patch, and Kate feels intense personal and professional pressure to catch those responsible. Are her colleagues being deliberately obstructive or simply dragging their feet? Who is behind the vile crimes?

Set in the 90's in Birmingham.  Kate is being subjected to bullying by a member of her new team.  She isn't exactly surprised, but is reluctant to take it to her superiors.  When her new boss realizes the problem, he wants to do something about it, but Kate realizes that there are better ways than lodging a complaint.  She wants proof that won't look as if she is a weak woman, and she wants to get on with finding the culprit abusing the young boys.

The main problem with the first books is the format.  They don't allow for chapter separation and there are some abrupt changes of setting and characters that require adjustment.

I liked Kate and had questions about her boss.  He seems genuine, but his interest in Kate is a little too personal. 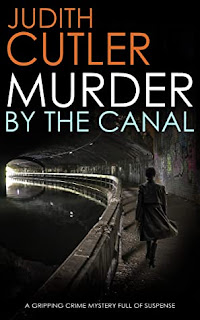 A brief acquaintance with a businessman on a flight ends up with Kate giving him her card and agreeing to perhaps have dinner sometime.  Original title was Power Games.

When Alan Grafton is found dead of an apparent suicide, Kate is shocked.  She is also angry as a message intended for her that Grafton left was "mislaid."  Was it suicide or murder and could Kate have prevented his death if she had gotten the message?

The bullying continues with an additional target, a young Pakistani woman who has recently joined the team.

I'm still uneasy about Graham Harvey, Kate's boss.  He's married, but is attracted to Kate.  He also is a little ambiguous in his responses.  Sometimes supportive, sometimes harsh.  And again--married. 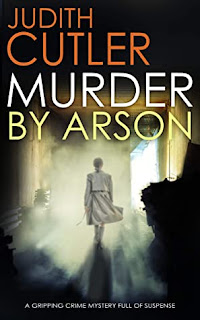 Murder by Arson has Kate shifting from her CID team to a temporary assignment with a special murder investigation squad.  The original title was Power Games which is actually more accurate.  In fact, I like all of the original titles better.

After an early morning tennis lesson, Kate discovers the body of a member in the dressing room.  What initially appeared to be a heart attack on a healthy middle-aged woman, turns out to be murder.


Good News:  "The Texas Department of Public Safety announced the promotion of three Texas Rangers to the rank of captain. 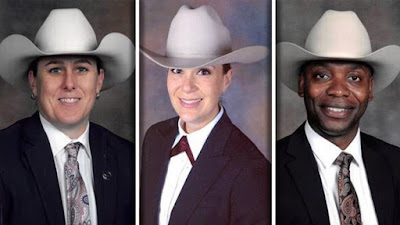 Tuesday's promotion included the first two female Ranger captains in DPS history and the first-known Ranger in modern history to hold a doctorate degree."
I think Attica Locke would be pleased with these promotions.  If you haven't read her Highway 59 series featuring Texas Ranger Darren Mathews, you are missing an opportunity.  Try Blue Bird, Blue Bird !