I've updated my 2007 list of books with the August entries. Two books didn't get a review. Mademoiselle Victorine never involved me with either the characters or the story. Far-fetched? The only thing that interested me was the inclusion of Baudelaire as a character. The Millionth Circle was a new agey work that essentially said, over 87 double-spaced, centered pages, what could have been said in a paragraph...and was and was and was, over and over again. Nevertheless, August saw some real winners in both fiction and nonfiction. A very good month overall.

As soon as I finish Bridge of Sighs, I'll be delving into the R.I.P and Unread Authors challenges with gusto!

I've already mentioned the Cardathon Challenge when I discussed Challenges on Tuesday. The only thing I'm sure of is that I'll begin with Ender's Game (it has been years and years since I read it) and proceed from there working through as many Ender books as possible. Homebody is on my current list for the R.I.P. Challenge, and Chris recommended Treasure Box. Card will be making frequent appearances next year.

I finished and framed the bee balm, but have not started on the cone flowers or the crane yet. Will get another mat for the bee balm, Debbi suggested green, and I think that is a good choice and Mac agreed. 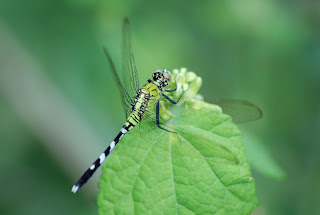