I've received two ARC copies of The Lost Hours by Karen White in yesterday's mail. If you would like one, just leave a comment saying so on this post. I'll use the Random Number Generator for a drawing next Friday.

White is the author of The House on Tradd Street, which I have not read, but I remember having read some favorable blog reviews for it. 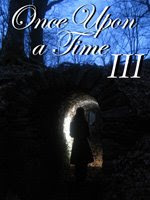 Received my Amazon order yesterday, too. Now I have some books for the Once Upon A Time Challenge III. I couldn't resist beginning The Thief by Megan Whaley Turner (because I don't have enough books in progress!) and am really enjoying it.

So... more books join the stacks (there are currently way too many already in those stacks).

Two for the Once Upon a Time: The Sharing Knife and TheThief from last year's lists (both are first books in a series); two new ARC copies of The Lost Hours (one for a give away); and one more "brain" book (How the Mind Works by Stephen Pinker via So Many Books). 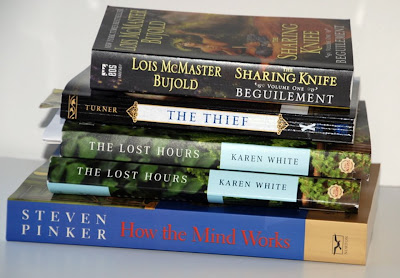 Labels: give away, TBR