ARCs in the Mail 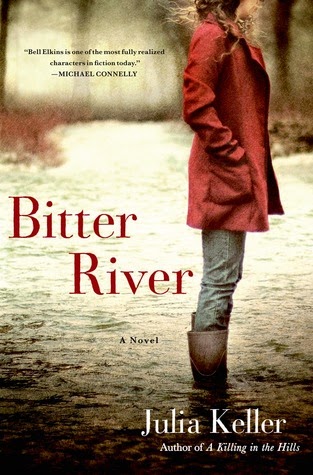 Bitter River   was an ARC that arrived in the mail and gave me another author to follow.

Publishers Weekly:        The murder of 16-year-old Lucinda Trimble, whose strangled body is found in a car in the Bitter River, propels Pulitzer Prize–winning journalist Keller's worthy sequel to her well-received adult fiction debut, A Killing in the Hills (2012). As West Virginia prosecutor Bell Elkins and the rest of closely knit Acker's Gap struggle to fathom who could have wanted to kill the popular high school honor student, a sniper fires at the county courthouse, almost killing Bell's assistant. Days later, a devastating explosion levels Ike's diner, moments after the divorced attorney finished breakfast with her much younger lover, Clay Meckling. Suddenly, remote Acker's Gap seems under siege, with Bell, stalwart sheriff Nick Fogelsong, and their team scrambling to find answers before the next attack. Ultimately, some of them prove less interesting than the questions Keller, a native West Virginian, poses about the nature of friendship and family—as well as the engaging, unsentimentalized Appalachian community she has created.

Keller is a skillful author, and I thoroughly enjoyed this novel.  I will be reading more of Julia Keller in the future, including the first one in the series. 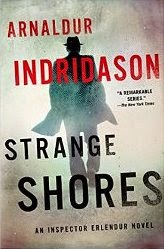 Strange Shores by Arnaldur Indridason.  Another ARC in the mail.  I've only read one other book by Indridason, and I didn't like it at all.  This one was better, but still not something I'd have read if it hadn't just arrived in the mail.  He has many devoted fans, but I don't happen to be one.

*Starred Review* Erlendur, the doleful Reykjavik police inspector (Outrage, 2012), has taken leave from his job to return to Iceland’s remote Eastern Fjords. He is camping very rough in the collapsing remains of the farmhouse his family abandoned after his younger brother, Bergur, disappeared in a savage blizzard that Erlendur barely survived. Walking the moors, Erlendur meets an old man named Boas who took part in the search for Bergur, and the voluble Boas tells him of another disappearance. A woman named Matthildur set out for her mother’s house in 1942 and disappeared in another blizzard. Erlendur begins to visit surviving people who knew Matthildur, and he ultimately stitches together a tale of lies, betrayals, and murder. But all the while, it is Bergur’s disappearance—and Erlendur’s guilt—that obsesses him. His interviews with people who knew Matthildur, all in their eighties and nineties, recall the voices of Norse sagas: pithy, concise, and very matter-of-fact about everything, including their own impending deaths. These encounters are brilliantly written, and the Matthildur “case” is wonderfully convoluted. The dour detective courts hypothermia each night in the farmhouse, has ethereal encounters with an augur from his youth, and finds some respite from his lifelong grief. Strange Shores reads as if it could be the last entry in the Erlendur cycle. If so, it’s a superb end to a haunting series. --Thomas Gaughan
There were elements in this one that interested me, but overall I found it slow and not "brilliantly written or "wonderfully convoluted."  That's just me, you might love it and many other readers did, indeed, love it.
Read in Aug.
Scandinavian/Crime/Mystery.  Aug. 26, 2014.  305 pages. 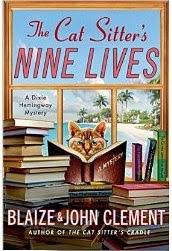 The Cat Sitter's Nine Lives by Blaize & John Clement is a cozy mystery.  I'm not always satisfied with cozies, but I did enjoy this one.  Publishers Weekly about the Dixie Hemingway Mysteries:  "...blends elements of cozy and thriller to produce an unusual and enjoyable hybrid."
What I liked:
The setting and Dixie's "profession."  Dixie is a former Sarasota, Florida deputy sheriff and current pet sitter on Siesta Key, a barrier island in the Gulf of Mexico, just off of Sarasota.  Most of her clients are cats.
A bookstore, a missing cat named Cosmo, a crumbling mansion.
It is a light read, not to be taken too seriously, but I enjoyed it.  This one was written by John Clement after the death of his mother, and evidently some devoted fans of the series are disappointed with this novel; others appear to like it just fine.
Since I haven't read any others in the series, I have no opinion on that score.  It provided me with a few hours of entertainment while I imagined myself sipping margaritas under a beach umbrella on Siesta Key.
Read in July
Cozy Myster.  July 8, 2014.  318 pages. 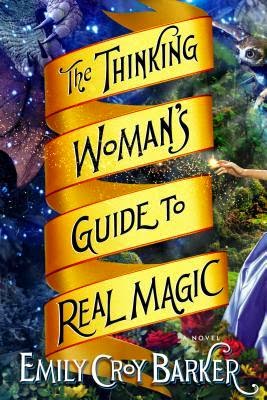 The Thinking Woman's Guide to Real Magic by Emily Croy Barker is described as "Fun, Seductive, and Utterly Engrossing" by Deborah Harkness in a blurb.  Huh?  In fact, the book has garnered quite a few glowing descriptions, but I'm at a loss to see why.

It is long and slow and did not have much to do with the title.  There were a few interesting sections interspersed with the tedium.  Remember this is just my opinion.  I read the entire thing, but had to read other books in between, only coming back to it when I had nothing much else to read.

In spite of positive blurbs from many sources including Publishers Weekly, Kirkus, and Library Journal, I was glad to see that many actual readers found it as disappointing as I did.  You can check Goodread Reviews to see the wide variety of opinions.