Brief Reviews of Some September Releases 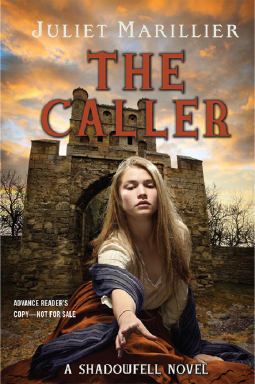 The Caller by Juliet Marillier concludes the trilogy that began with Shadowfell and continued with Raven Flight.   I really enjoyed the first novel where more time was spent with Neryn and Flint; the second and final novels are much slower.  Neryn's visits to the Guardians are the slowest sections, and much of the final novel is spent on the visit to the White Lady.

I had difficulty understanding the willingness of the general populace and the court to accept the untenable cruelty of the King.  I suppose it bothers me more because in real life it happens all too often--past and present.

The events slowly advance toward the planned confrontation at Summerfort; Flint barely manages to continue his role as the King's Enforcer, hating himself for what he must do, but determined to give the rebels the best effort he can; Neryn's plan to visit all of the Guardians is derailed after the her stay with the White Lady.

When the king and the court arrive at Summerfort earlier than planned, will Neryn, Flint, the rebels, and the Good Folk make a successful bid for freedom? 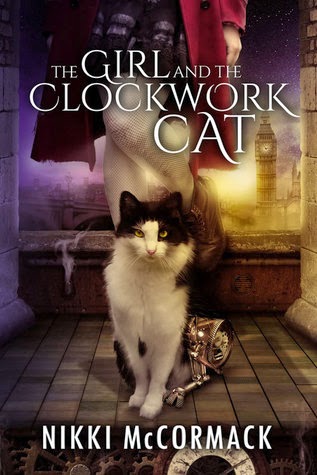 The Girl and the Clockwork Cat by Nikki McCormack is also a YA novel, but perhaps for younger readers.  Maekko is a young thief in a Steampunk version of London.  On her own for years, the only stability in her life is provided by Chaff, head of a group of street rats--abandoned children who, like Maekko, steal to survive.

When Maekko and Chaff are interrupted during a robbery, the two split up; Maekko barely manages to escape the Literati officers, but finds temporary shelter and a cat with a clockwork leg.  The cat, whose missing leg has been replaced with a marvelous clockwork prosthetic, enchants Maekko.  Maekko's security doesn't last very long as someone tips the Literati, and she is carted off to jail.

Naturally, we can't have our heroine remain in jail, but her escape leads to much worse than the threat of being sent to an orphanage: a killer's threat, two dead bodies, and Ash, the son of the chief suspect.  Maekko and Ash make an unlikely team, and initially there is a lot of sparring, but gradually they begin to appreciate each other's good qualities--which is a good thing if they want to stay alive.

A debut novel that I think young readers will enjoy.  OK.  I did, too. 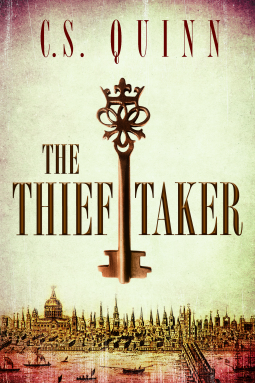 The Thief Taker engaged me initially, but then lost me.  I did read the entire book because I wanted to know what happened, but the intriguing beginning became a much less intriguing follow through.

Book Description:  The year is 1665. Black Death ravages London. A killer stalks the streets in a plague doctor’s hood and mask...
When a girl is gruesomely murdered, thief taker Charlie Tuesday reluctantly agrees to take on the case. But the horrific remains tell him this is no isolated death. The killer’s mad appetites are part of a master plan that could destroy London – and reveal the dark secrets of Charlie’s own past.

--------
I like this period and am usually interested in stories about the plague and the time period in which Samuel Pepys is writing his diaries about politics, London life, the Great Fire, and even executions.