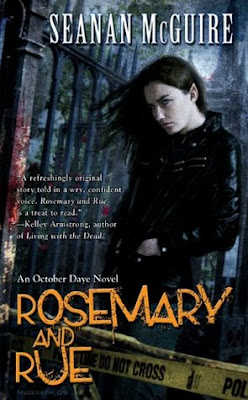 I rarely "read" by audio book, but I did listen to Rosemary and Rue.  Two problems I have with audio books:

1.  A problem with sitting and listening, so I had to keep finding things to do as I listened.  Things that don't take much thought--so my house was a little cleaner when I finished,  I made progress on a little embroidery project, and I walked a lot.  It just takes so damn long to get through an audio book and this one is unbelievably long.

2.  Listening to a woman try to give assorted male voices takes me out of a story.  I know this is difficult, and I admire good readers, but still...

Ultimately, I'm giving it a 3/5 because I see potential and this is the first in a series that received two Hugo nominations. I may read the next book to see if some of the problems I had are resolved by reading instead of listening and if the author skips some of the filler.  Eleven hours is simply too long when you can read it in half the time.

A friend of ours actually caught a squirrel in the act of carving her pumpkins. 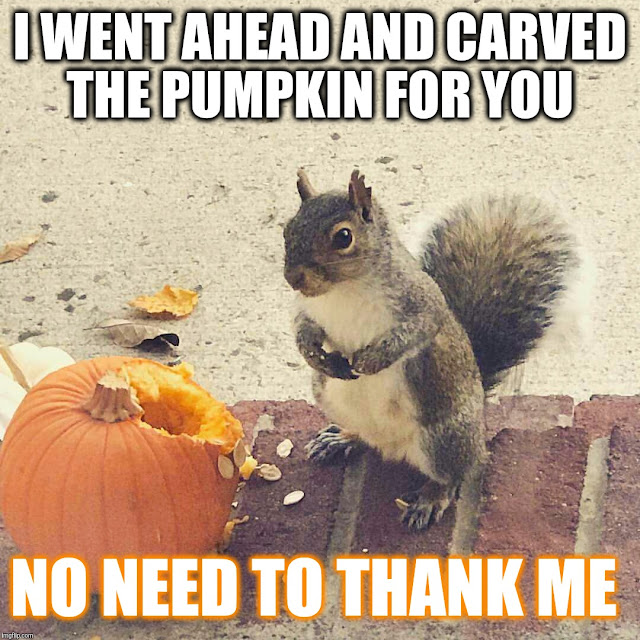