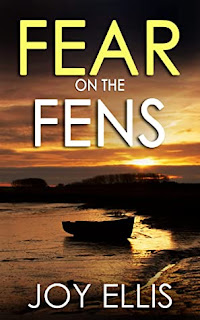 From description:
Now.In the beautiful gardens of Shelley House a shocking discovery is made. A blackened hand dangles over the side of a wheelbarrow. The horrific scent of burnt flesh lingers in the air.Detective Nikki Galena and Joseph Easter are called in to investigate.Twenty years ago.A family destroyed by tragic secrets. The scientist father who killed their gardener, before being murdered himself. The brother who disappeared, never to be seen again.
The 13th entry in the Nikki Galena series has some gruesome murders and a connection to Stargate, the recruitment of psychics for studies by the CIA.  As usual,  seeing Nikki's team in action and the connection to the CIA's attempts at remote viewing kept me interested, but this was not my favorite in the series. 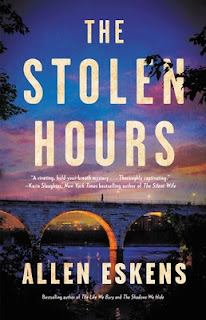 The Stolen Hours by Allen Eskens is the third in the Joe Talbert series, but the first one I've read.  It worked well as a standalone, and I'll probably go back and pick up the two earlier books at some point.

Photographer Gavin Spencer plans ahead; when he commits a murder, he has anticipated almost every difficulty.  And even when he can't predict certain events, he has back-up plans in place.

Lila Nash is on the verge of getting the job she most wants, but a vindictive prosecutor is making an attempt to ruin Lila's career. Fortunately, Andi Fitch is on her side, giving her opportunities she had not had previously.  Lila is assigned Sadie Vaulk's case against Gavin Spencer.  Working with Detective Niki Vang, who made the connections between Sadie's case and six previous cases in which the victims did not survive, Lila discovers a chilling connection to Spencer.

Tense and suspenseful, The Stolen Hours proved a solid new-to-me series that will have me looking at the two earlier books as well!  Thanks to Diane at Bibliophile by the Sea for recommending this one.