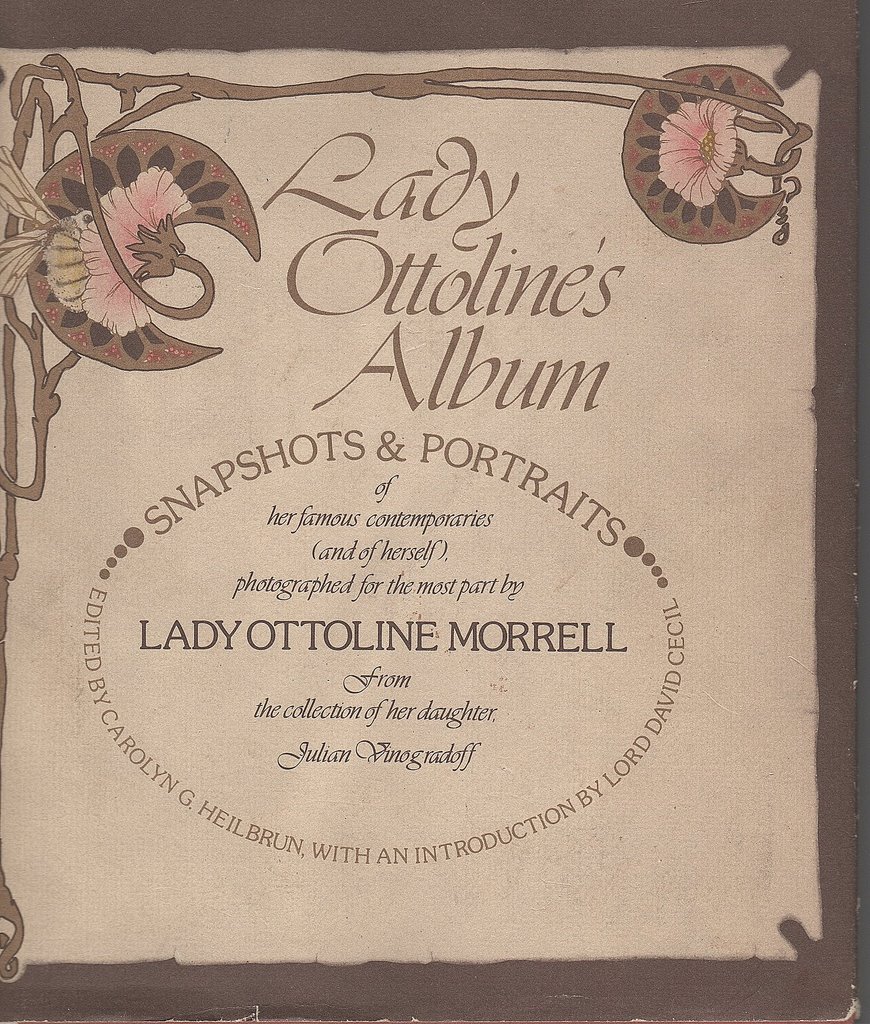 Book World, in a recent post, mentioned Lady Ottoline Morrell. Lady Ottoline was a fascinating, flamboyant, and influential woman who cast a large net during the early part of the 20th century. I found Lady Ottoline's Album in an antique store a few years ago and was delighted because she is so often mentioned in literary circles of her time, and an accomplished photographer, she took wonderful snapshots of friends 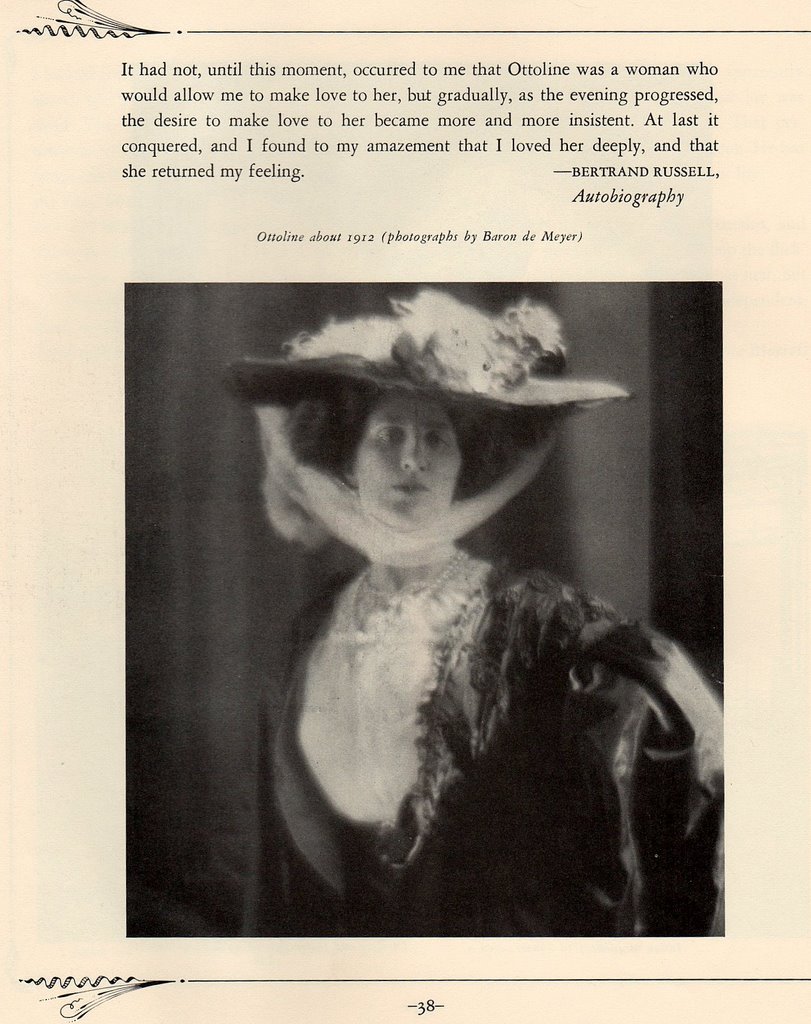 
You will need to click on the images for the quotes by Bertrand Russell and Virginia Woolf. 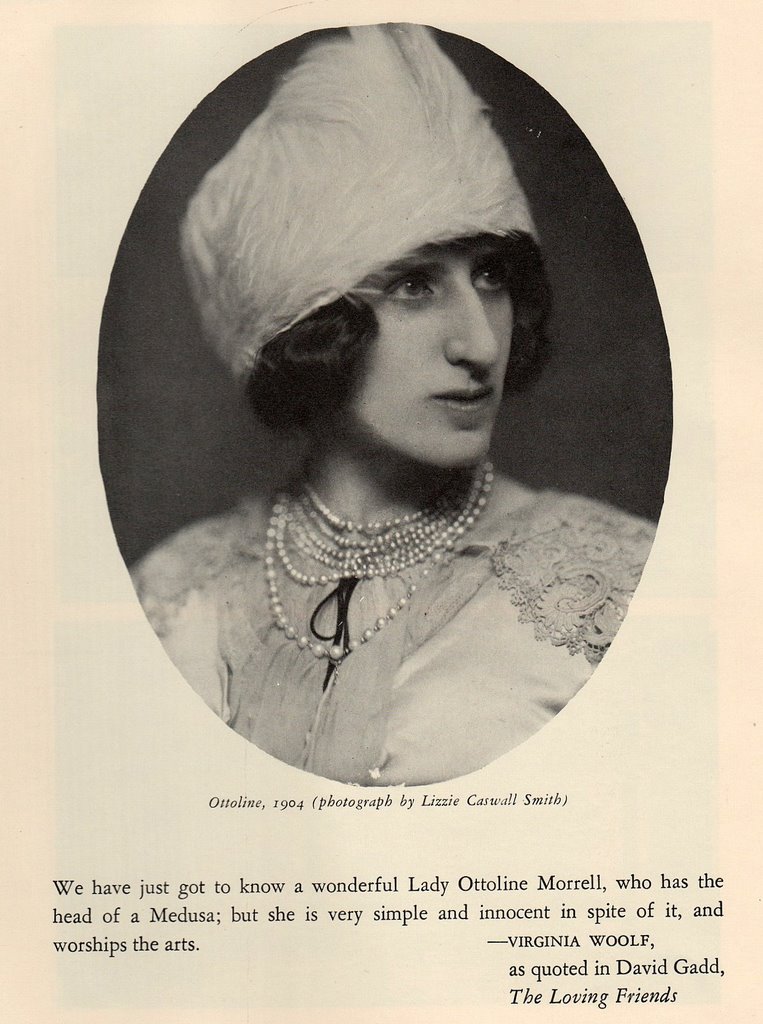 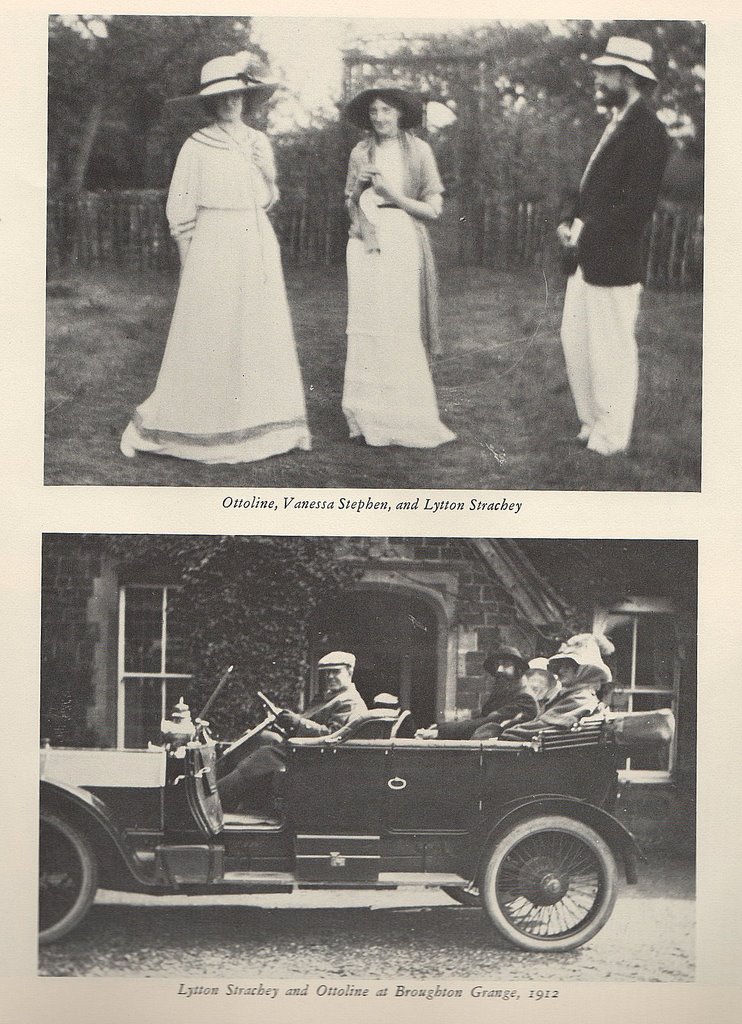 Lytton Strachey was a particular friend and the photos of Strachey and Woolf are plentiful in this "album."


There are a number of photographs of T. S. Eliot. 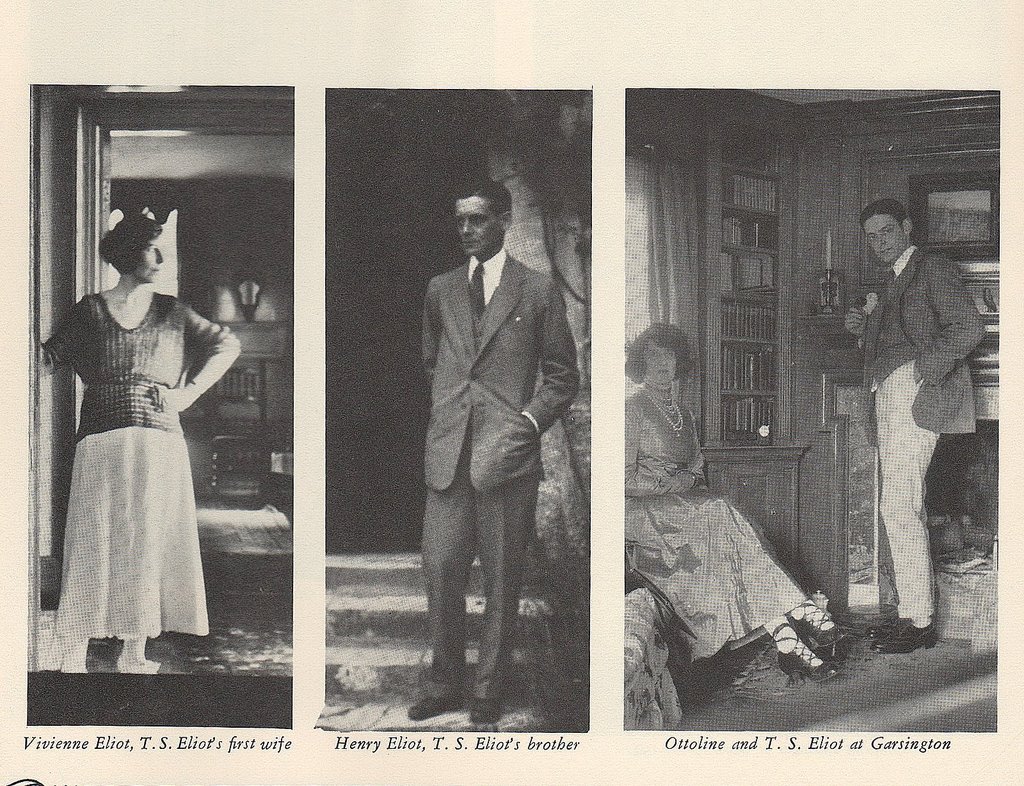 Three of my favorite poets - Eliot, Yeats, and Sassoon - were frequent visitors of the Morrells and favorite photographic subjects of Ottoline.

Alduous Huxley and D.H. Lawrence returned her friendship with unflattering fictional portraits in Chrome Yellow and Women in Love, but evidently most of her friendships endured, even if sometimes tempestuous. The photos of Huxley make him look like a giant! Very tall, very skinny.
Posted by jenclair at 10:23 PM