The Silent Quarry by Cheryl Rees-Price 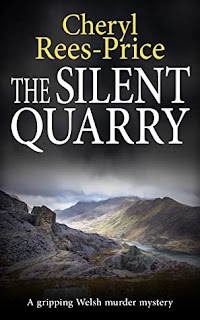 I was interested in this one because of the Welsh setting and because it is the first in the DI Winter Meadows series.

DI Winter Meadows has returned to the village where thirty years earlier the murder of one girl and the serious injuries of a second girl proved a devastating event for a small village.

Winters went to school with both girls and had a crush on Gwen, the girl who survived.  Gwen had no memories of what happened that day, and the person responsible was never found.

Gwen, now married with two adolescent children, has begun having flashbacks to the day of the murder.  Nothing consistent, a brief image at best, but the possibility of further memories may put her life at risk.

Winter Meadows re-opens the case, hoping to discover who killed Bethan and attacked Gwen.  A number of suspects are unhappy about further investigation into the case and may not want Gwen to remember.

The conclusion was not what I expected.  I liked the characters and the setting--this may be a new series for me.  As a first book in a series, the introduction of characters is almost as important as the mystery.

Attica Locke has become one of my favorite writers, and this article gives so much information about her family and her books.  Why Did My Black Ancestors Never Leave Texas.