July 4th, and A Familiar Sight by Brianna Labuskes

We had a get-away over the long July 4th weekend and were able to visit with both daughters and all three grands.  It was wonderful to see the Colorado Crew for the first time in so long.  My husband and I were pretty superfluous when the girls got together and rarely shut up, talking 90 mph the entire time.  The cousins, too, were engaged discussing everything over the last year.  Fee and I sat back and listened with grins on our faces.

I've been catching up on blogs and household chores since we got home late Tuesday afternoon.  How far behind one can get in 4-5 days!  The laundry and everything else waited until the next morning.

Once a few years ago, my cousin's wife and I were chatting about chores we disliked, and she mentioned she had changed her attitude about them by thinking about what she did like, not what she didn't.  Now, when I fold sheets, the idea that they will be fresh and ready for the next change makes me smile, even struggling to get a fitted sheet on the bed is more a preparation for the comfort of sleeping on it later than the annoying chore it has been in the past.

None of this means I enjoy the tedium of repetitive cleaning.  Yes, I love clean sheets and mopped floors and clean bathrooms, but at least the thought of the result takes away some of the feeling of resentment at having to do the same things over and over, day in and day out.

My other go-to on "chore-ing" is an audio book.  It doesn't have to be particularly good, but if I can listen while working, I'm not in as much of a hurry to just get through it because the tasks aren't cutting into my "reading" time.

I have been slow to come around to audible books, but my appreciation of them has grown tremendously in the last several months.  Not having to choose between reading and sewing is another benefit.  I can sit and stitch and listen quite happily.  That doesn't mean I prefer audio books, just that I have learned to enjoy them at times. 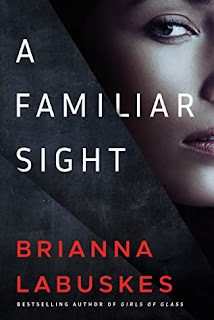 I'm a little on the fence on this one because 1) the writing is good and I found the plot compelling, but 2) there was a disconnect about the traits of sociopaths and psychopaths and a few things that were not resolved for me.

from description:  Psychologist and criminologist Dr. Gretchen White is a specialist in antisocial personality disorders and violent crimes. She’s helped solve enough prominent cases for detective Patrick Shaughnessy that her own history is often overlooked: Gretchen is an admitted sociopath once suspected of killing her aunt. Shaughnessy still thinks Gretchen got away with murder. It’s not going to happen again.

When a high-profile new case lands on Shaughnessy’s desk, it seems open and shut. Remorseless teenager Viola Kent is accused of killing her mother. Amid stories of childhood horrors and Viola’s cruel manipulations, the bad seed has already been found guilty by a rapt public. But Gretchen might be seeing something in Viola no one else does: herself.If Viola is a scapegoat, then who really did it? And what are they hiding? To find the truth, Gretchen must enter a void that is not only dark and cold-blooded, but also frighteningly familiar.

Gretchen is a fascinating character even though she describes herself as a sociopath.  A lot of her background is hinted at--Gretchen was suspected of killing her Aunt Rowan when she was eight-years-old.  The next book will probably go into that background, but at present, her responsibility for her aunt's murder is ambivalent.

Thirteen-year-old Viola Kent is certainly a psychopath, and Gretchen never doubts the diagnosis, but Gretchen doesn't believe the girl murdered her mother Claire.   Viola, however, is quite happy to take credit.  She feels no guilt or shame for any of her previous violence and is proud of the accusation and happy with the notoriety.

Then Lena Brooks, Viola's lawyer, commits suicide.  Lena, one of Gretchen's few friends, has sent some subtle clues that Gretchen didn't pick up on and then leaves a phone message saying that she "messed up" and wants Gretchen to fix it.  Now Gretchen is looking both back at a message she didn't understand and committed to finding out what Lena wants her to do.

I was engrossed and read with compulsion even as the differences between sociopathy and psychopathy didn't always match with the DSM and the reactions to some of the incidents didn't make sense to me.  Yes, there is a superficial hint about why Viola was kept at home and not hospitalized--it would damage the couple's reputation.  Both parents were afraid of Viola, yet Viola attends school where she might be a danger to classmates and her younger brothers are locked in their room for safety.  If I believed one of my children was a danger to my other children and/or myself, I think I would seek a better solution than a locked door.

Told from two POV, Gretchen's and Reed Kent's (husband of Claire and Viola's father).  Gretchen's portion is told in the present; Reed's is told in non-chronological order.

The plot is complicated, the characters are complicated, and the relationships are tangled, yet the way the plot comes together makes sense.  Mostly.  Some events are never explained or cleared up satisfactorily.  I'd love to discuss the book with someone who read it and still had some of the same questions.

I found the book a compulsive read, and I look forward to more of Gretchen White, but the book isn't without flaws that left me with some questions, and I can't explain the more important ones without giving away too much of the plot.

differences between sociopathy and psychopathy

not all psychopaths are violent

21% of CEOs are psychopaths