The Night She Disappeared by Lisa Jewell, Count to Three by T.R. Ragan, and A Void of Magic by Sandy Williams 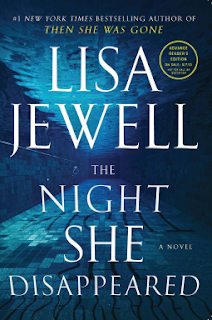 Tallulah and Zack leave baby Noah with Tallulah's mother Kim.  It is unusual for the nineteen-year-olds to have a night out, and Kim is happy to see them have a chance to enjoy themselves.
Unfortunately, they don't return home.  Kim is frantic, but no one seems to have a clue about what happened.  The young couple have disappeared, and Kim insists that her daughter would never willingly leave her baby.  The police find no trace that would lead them to an answer--one way or another.
A little over a year later, Sophie Beck arrives at Maypole school where her partner has been appointed the new Headmaster.  When she sees a sign saying, "DIG HERE," she assumes it is part of a scavenger hunt.
After learning of the missing teenagers,  Sophie is curious--she is, after all, an author of cozy mysteries, and she returns to the sign and digs.  What she finds makes her even more invested in discovering what happened the night Tallulah and Zack went missing.  She takes her find to Kim, who recognizes the ring as the one Zack intended to use when he proposed to Tallulah.
Multiple POVs and two time lines, allow Lisa Jewel to unravel the plot at a pace guaranteed to give just enough information at just the right time.  And it doesn't always lead where you might expect.
Read in July.
NetGalley/Atria Books
Suspense.  Sept. 7, 2021.  Print length:  416 pages. 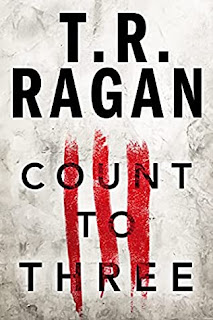 Dani Callahan became a private investigator after own five-year-old daughter disappeared.  She continues to search for her daughter, but she also works to help others find their loved ones.

I like Dani, Quinn, and Ethan, and Count to Three appears to be the first in a new series by Ragan.  I haven't read her other series.   I plan on reading the next one, but hope there are no characters like Carlin Reed--a serious nutcase if there ever was one.  It was not the plot, but the main characters and the growing relationships between them that kept me involved.

As for the plot, the kidnapped young woman trope is so over done, but twelve-year-old Ethan's determination to do something about what he saw the day of the kidnapping really appealed to me. 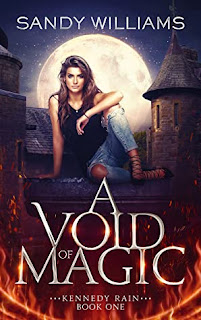 Ashley mentioned A Void of Magic: Kennedy Rain Book One in her Can't Wait Wednesday post, and I found it available on NetGalley.

Kennedy Rain's family has been part of  the Rain Hotel since its inception, going back generations.  What differentiates the Rain from other hotels is the power of the land on which it is built and its clientele.  The property is a null zone; the clientele and employees are paranormals.  As guests of the hotel, magical powers are rendered null and void; vampires are able to watch the sunrise and werewolves are able to avoid the transformation induced by a full moon.

The Rain family, however, are human and must manage the paranormals by using the power of the original treaty, skill, and diplomacy.

Kennedy Rain, however, has problems with the hotel and its paranormal guests and has created a life for herself as a college student, avoiding the hotel and her parents as much as possible.  Until her parents go on vacation and Kennedy is forced to handle some hotel crises during their absence.

Initially, some of the problems seem a little run-of-the-mill, but Kennedy is forced to accept there is more going on.  A run of extremely bad luck or a paranormal conspiracy?

It was fun until I got to the end and realized it was a cliff hanger!  Well, that was a blow and means a long wait for the next book.   The first book in a series is always a bit of a problem if you like it and want the next book quickly--cliffhangers are even more frustrating!  Maybe I'll try one of Williams' other (completed) series in the meantime.