The Killing Kind by Jane Casey, Bloodless by Preston & Child, and Other Stuff

It is like the climate is fighting back.  I'm stunned at temperatures in areas that  have never experienced the like and who for the most part don't even have AC.  The Northwest and Canada are not accustomed to the kind of temperatures that Arizona is used to having, and it is proving deadly. 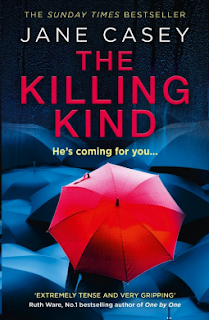 Jane Casey's The Killing Kind is a standalone, not part of the Maeve Kerrigan series.

Four years earlier, barrister Ingrid Lewis defended John Webster on a stalking charge and was successful.  It doesn't take long before Ingrid realizes that Webster was guilty and has turned his manipulative powers against her.  A sociopath with an obsession is a dangerous thing, and eventually, Ingrid finds her relationship with her fiancé in tatters, her home burned down, and the realization that Webster may always be a threat.

Then, having had no problems from Webster recently,  another set of circumstances puts Ingrid in danger, and Ingrid immediately assumes it is Webster again.  This time, however, Webster appears to want to help.

Aside form the typical suspicion of various characters that is typical in this kind of psychological thriller, there is an unexpected revelation about 60% in that provides an unexpected turn of events--that makes you wonder about the narrator.

A page-turner that  (as is usual with Jane Casey) kept me involved.  Casey is a skilled writer who can keep the reader engaged and a little off balance, not certain of the guilty party, but pulled one way or another as motives or information becomes available.

I enjoyed this one; it was nice to have Casey try something a little different, and The Killing Kind is certainly twisty and suspenseful.

I do, however, want more of Maeve and Josh and hope Casey isn't tired of them! 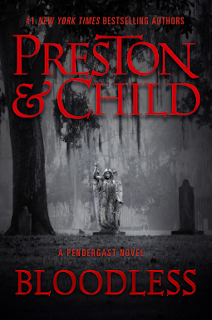 I never miss an Agent Pendergast.  The books are a mix of campy, supernatural, and horror--and the strange appearance and personality of Aloysius Pendergast.

The novels aren't for everyone, but Douglas Preston and Lincoln Child have a huge fan base.  The first in this long series is Relic, which was made into a movie in 1997.

What I liked about this one is that the novel has a connection to the famous and unsolved D.B. Cooper case.

These books are not literature; they are an amalgam of horror, supernatural, and suspense.   I liked the earlier books better for the most part, largely for characters who are no longer part of the series, but I can't resist giving each new one a try.

The information about D.B. Cooper (even if the novel is fiction) made me curious about elements in the unsolved 1971 real life case.  I'm not sure I like the importance of Constance in the later books.

The weeds are winning in the garden.  Between the mosquitoes and the heat, the desire to get out and pull weeds is a challenge that doesn't appeal to me as much as it has in the past.  I have discovered that if I use Tea Tree Oil on mosquito bites, the itching is lessened more quickly, so that's a plus.

The Nightmare Catchers  continue to keep my interest and amuse me.   I have so many scraps left over from the fidget quilts and other projects that simply browsing through bags of scraps have provided me with plenty of fabric with which to work.  Below, Agnes is not the one that I originally intended for Bryce Eleanor (it was a much sweeter cat version), but she loved Agnes and her lavender backpack. 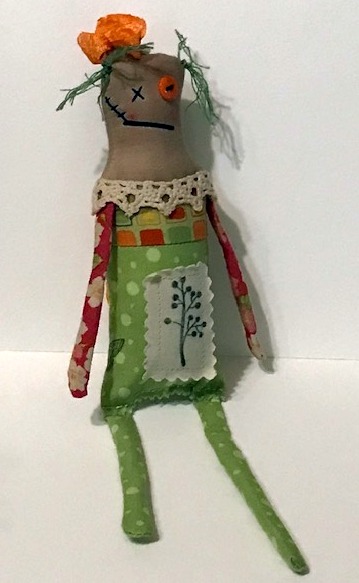