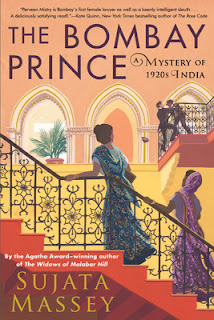 From the beginning of this series, it was clear that India was approaching the precipice of a divided nation.  Britain had promised self-rule if India would help during WWI, but reneged, offering some reforms, but not self-rule.

When Edward, the Prince of Wales, made his royal tour in 1921, tempers were high and the divisions between sects were a roiling undercurrent.  Indians were divided into those who wanted self-government and those who supported the British-- and then into various sects, the largest majorities of which were Muslim and Hindus.

A supporter of independence, Perveen Mistry did not intend to join the parade crowds welcoming the Prince of Wales, but changes her mind and joins her friend Alice and the Woodburn College assembly.

A student protester rushes toward the prince's carriage, unruly crowds that turn into riots, a young girl who had visited Perveen for advice is found murdered on campus grounds.

Another excellent glimpse of the various cultures, beliefs, and political turmoil of an India seeking change.  The redoubtable Perveen and her family and friends give a personal insight to different views, religions, and nationalities.  For many of us, the best way to develop an interest in other cultures and in history is often the result of reading fiction and then becoming interested in finding out more.

I highly recommend this series by Suhata Massey.

The audiobook was skillfully narrated by Snethan Mahan. 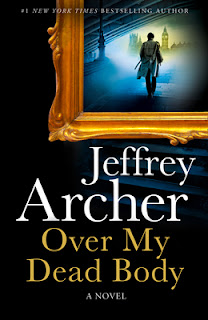 I read some Jeffrey Archer books years ago, so when NetGalley offered this one, I was interested.
from description:  In London, the Metropolitan Police set up a new Unsolved Murders Unit—a cold case squad—to catch the criminals nobody else can.
In Geneva, millionaire art collector Miles Faulkner—convicted of forgery and theft—was pronounced dead two months ago. So why is his unscrupulous lawyer still representing a dead client?  On a luxury liner en route to New York, the battle for power at the heart of a wealthy dynasty is about to turn to murder. And at the heart of all three investigations are Detective Chief Inspector William Warwick, rising star of the department, and ex-undercover agent Ross Hogan, brought in from the cold.
Over My Dead Body is the 4th book in the Detective William Warwick series, and I haven't read the previous books.   The setting is the 1970's and was full of topical allusions which younger readers might not recognize.
Three previous books in the series might have made a difference in my opinion, but I doubt I'll go back and pick them up.
I liked some elements, but several felt "forced"--i.e., the Holmes-like deductions in the opening chapters whose only purpose was the author's need to have a little fun and to make DCI Warwick seem supremely clever.  This largely throw-away section does, however, introduce young James who has a bit of a cameo late in the novel and may be intended to show up in future books.
Warwick is upstaged as the novel progresses DI Ross Hogan, who is a more interesting character with an edgy quality that contrasts with "choirboy" Warwick.  Warwick's team has multiple characters who have obviously been in previous books, but don't have that much to do in this installment as the main plot (among the many mini plots) focuses on the clever, sinister, and obsessive Miles Faulkner and his return to life...and on his obsession with his art collection.
NetGalley
Police Procedural.  Oct. 13, 2020.  Print length: 384 pages.
---------- 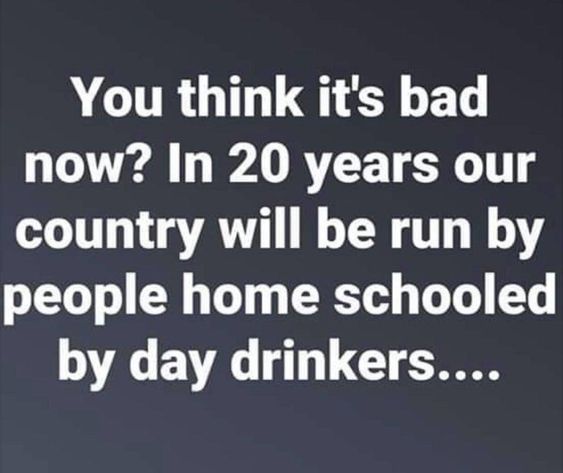