Braiding Sweetgrass (in progress), I Will Always Write Back, and The Devil's Teeth 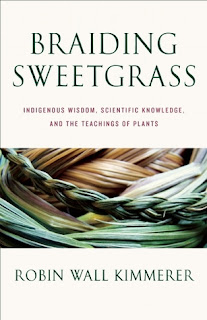 For the last ten days or so, I've been listening to Braiding Sweetgrass: Indigenous Wisdom, Scientific Knowledge, and the Teaching of Plants by written and narrated by Robin Wall Kimmerer.  A series of essays that combine scientific knowledge with indigenous myth and culture and examine our relationship with the earth.

I've been enjoying the essays and the soothing voice of the author/narrator.  It isn't the kind of book that you read (or listen to) straight through.  You listen and pause and return again later that day or the next.  I've listened to about half now, an essay or two at a time as I do chores or sit and sew on the Nightmare Catchers.

Kimmerer is a scientist, but she is strongly influenced by her indigenous heritage, and the essays make me ponder the way the two, science and culture, differ.  They may come to the same conclusions, but by very different paths. 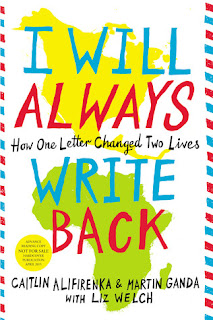 In a letter from our thirteen-year-old granddaughter, she mentioned that of her summer reading, I Will Always Write Back was the book that made an impression on her.  As both a reader and a letter writer, I figured this was a book I needed to read.
The true story of an all-American girl and a boy from an impoverished city in Zimbabwe and the letter that changed both of their lives forever.
In 1997, Caitlin's middle school initiated a pen pal exchange, and Caitlin requested a pen pal from Zimbabwe.  Martin Ganda, a bright, but impoverished student received Caitlin's letter.  For six years the two corresponded, building a friendship that has lasted over the years.
The story is told in hindsight, with both Caitlin and Martin revealing events and situations that were not present in their letters.  Martin's poverty was beyond what twelve-year-old Caitlin was capable of understanding, and he reveals the extent of it only much later.  Initially, he wants to focus on what the two had in common, as if they were both normal kids.
When the letters begin, Caitlin is as shallow and privileged as many American middle schoolers can be in an affluent society.  With little experience outside of their own families and communities, they don't yet realize what it is to be without the things they take for granted--food, clothing, housing.  American children are often sheltered and unaware--in any real sense---of the effects of poverty, even in their own communities.  This is, of course, true of many adults as well.
Martin's experiences come as an eye-opener for readers.  And most of the readers of this book will be American middle-schoolers.  The stories of Caitlin and Martin should have an impact on how young people begin to process a broader world.
Martin is persistent.  He never gives up, and eventually, with the help of Caitlin and her family, attends an American university and builds a successful career.  Still friends years later, the two relate the story of the impact the letters had on each of them.
Little, Brown Books for Young Readers
2015.  Print length:  392 pages. 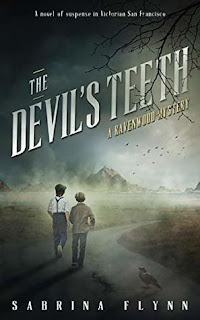 In 2018, I read the first of the Ravenwood Mysteries, then the second, third, and fourth.  The more I read the more I enjoyed them (always fortunate).
The Devil's Teeth is book #5, and I was delighted to get back to a cast of characters that continued to grow on me with each book.
For pure rollicking adventure, wit, and historical inspiration, these books have all been a pleasure of escapism.  The Devil's Teeth is somewhat tamer, as Bel has been confined to an asylum.  Not that this has done much to contain her.
In San Francisco, Atticus Riot has his own problems with the agency, his caseload, and the two daughters he has adopted.
Sabrina Flynn uses the history of San Francisco and the raucous Barbary Coast as inspiration for both characters and events.   In the midst of the adventure, other topics like misogyny, racism, political corruption, all the vices of the Barbary Coast and China Town.
Action packed and characters that leave the page and engage your imagination.  A Victorian mystery series that is one romp after another.
Ink & Sea Publ.
Victorian Mystery.  2019.  Print length:  352 pages.
Posted by jenclair at 5:06 PM