I've been looking over The Edgar Winners and Nominees, and of course, jotting down some titles.  I've read two of the nominees for Best Novel, Faithful Place by Tana French (which I didn't like nearly as well as her first two novels, both of which I loved) and Laura Lippman's I'd Know You Anywhere (which I liked much better than I expected).  On my list already were Crooked Letter, Crooked Letter by Tom Franklin and the winner of the Best Novel, The Lock Artist by Steve Hamilton.

Of those nominated for Best First Novel, I've only read Snow Angels by James Thompson.  Didn't like this one at all and won't be reading his second novel.  Too graphic, among other things.  The winner was Rogue Island by Bruce DeSilva, which I'll look for at the library.

Haven't read any in the Paperback, Best Fact Crime, or Best Critical Biography categories, although Charlie Chan: The Untold Story of the Honorable Detective and His Rendezvous with American History by Yunte Huang was already on my list.  A recent review in the paper made this one sound well worth reading.

I'm interested, too, in Jo Nesbo, another Scandanavian crime author.  Think I'll start with some of his older novels before moving on to The Snow Man, the one that is getting such buzz right now.

Lately, crime and mystery novels have been taking top priority around here. 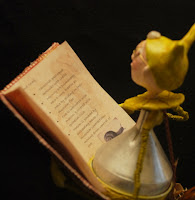 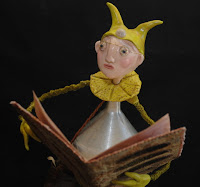 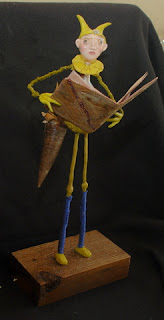 More on Augustus and his creation here.
Posted by jenclair at 4:30 PM