SOE in Denmark, and Desolation Canyon by P.J. Tracy

September has finally arrived, although it will be a while before it feels like fall.  I still have a lot of books to review from August, and I'll have to make myself get some of them scheduled.  Procrastination.  Instead of reviewing, I often just start another book.  Do you do that?

It is 88 this morning with a heat index of 97 degrees; the high today will be 99--so the heat index will be at least 108.  Combined with the onset of allergy season and the itchy eyes, sneezing, and overall tiredness, I'm not feeling any incentive to do much today.  Weeds, be damned.

I slowed down on my Nightmare Catchers in August, and have only three in progress.  Almost done, but they've been waiting on completion for a while. 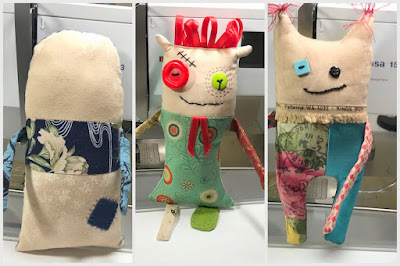 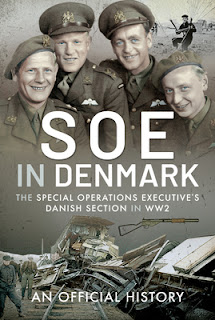 SOE in Denmark is an overview of SOE operations in Denmark written shortly after the war.  (Special Operations Executive)

"SOE in Denmark was written at a time when SOE was still largely unknown to the general public and its operations a closely guarded secret. It was expected that its activities would never be officially acknowledged and the study of its actions in Denmark was compiled with the aim of provide a lasting record of its achievement."

While the book offers an account of the SOE's operations and collaboration with the Danish agents, it is an official report and lacks personal information about the agents who risked their lives.  The Appendices offer more information and reference material.  I was a little startled to find that approximately 2/3 of the book was the reference material, important and informative.

Having read Between Silk and Cyanide by Leo Marks (son of Benjamin Marks, antiquarian bookseller of Marks & Co and 84, Charing Cross Road fame), I mistakenly thought SOE in Denmark would be similar.

It isn't.  It is, nevertheless, important.  I  wish someone had recorded a more detailed account of  the individuals involved in the resistance to the Nazi Occupation of Denmark. Although SOE in Denmark lacks the human aspect, it is historically interesting.

(Some of the most famous female SOE agents were in France and included Nancy Wake, Violette Szabo, Odette Sansom, and Noor Inayat Khan--they have been written about many times. I wish we knew more about the Danish agents.) 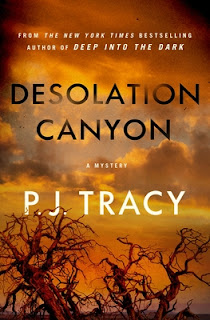 Desolation Canyon is the second book in this new series by P.J. Tracy.
The series has several problems:
While the author seems to want Detective Margaret Nolan to be the lead character, she wasn't the main character in Deep Into the Dark, and she isn't in Desolation Canyon.
Too many fantastic coincidences and unbelievable plot lines.
No humor.
I miss the Monkeewrench gang!