The Interpretation of Murder (with update) 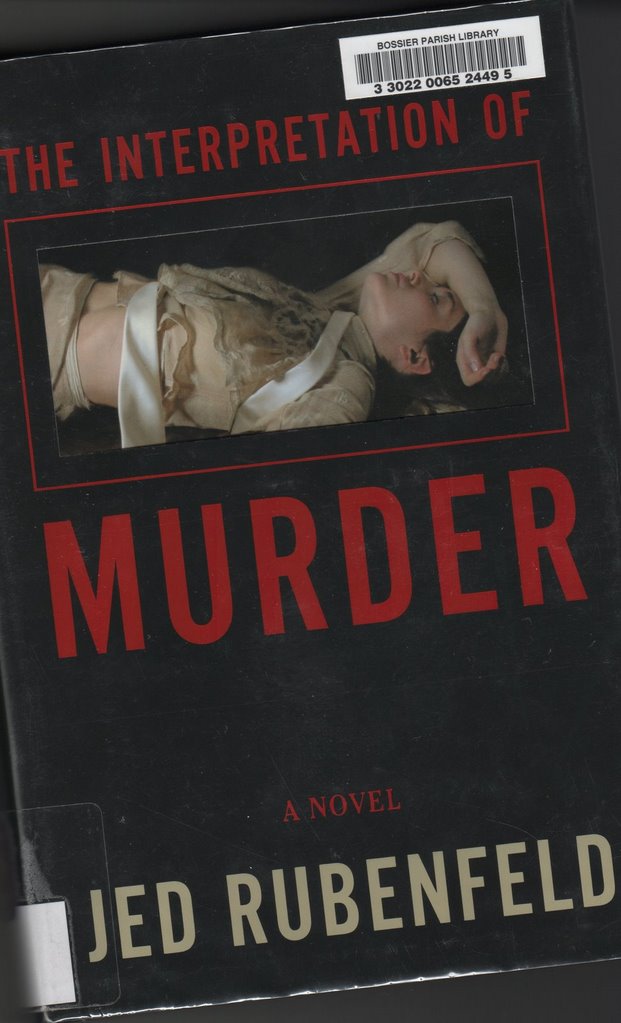 Tues., Nov. 11/21/06 - I'm reading The Interpretation of Murder by Jed Rubenfeld which was on the new book shelf at the library the other day. The story revolves around a trip to New York that Sigmund Freud, accompanied by Carl Jung and Sandor Ferenczi, made to give a series of lectures at Clark University. In addition to the above characters, Abraham Brill, Ernst Jones, Harry K. Thaw (who murdered Stanford White), and George McClellan (mayor of N.Y. 1909) are other historical figures who have already made appearances. Henry and William James and Einstein have also been mentioned.

As well as these historical personages, the New York of 1909 - architecturally and culturally - is also playing a part in the novel.

The story involves two murders and an attempted murder (so far) and the efforts of the fictional psychoanalyst Dr.Stratham Younger, who is in New York as a representative of Clark University, to unlock the psyche of the young woman who survived. The murders are especially interesting because of the involvement of the Freudians (and the soon to be former member of the group, Carl Jung). Dreams are analyzed among these individuals and these are dreams that are on record in psychoanalytical sources. The literary associations, especially of Hamlet, are also playing a role. History, real case histories, and fiction are interwoven so far.

Note: A little while ago, I stopped reading at a point where Ferenczi has discovered that "Hundreds of pebbles and small stones, together with an armful of broken twigs and torn-up grass, were strewn about the floor of Jung's room." Jung, by the way, is getting a bad rap so far in the novel. The events taking place occur shortly before his break with Freud and show a good deal of jealousy among Freud's followers. Since Jung's behavior has been quite strange, I felt some mild curiosity, but now I'm wondering if it some presaging of his interest in Mandalas.

Since so much actual fact is twisted into the story, I may have to do some further research.
11/22/06
Finished. An excellent mystery. Complex and intriguing, both in the mystery and the history. Rubenfeld includes many red herrings, leaving the reader to question more than one character. I've always had an interest in both Freudian and Jungian literary criticism (and much prefer Jungian criticism with its archetypes and process of individuation - as did Joseph Campbell), but the real lives of both Freud and Jung are fascinating . Rubenfeld both supports and discredits Freud in the novel, but doesn't like Jung at all. There is a nice Author's Note at the end that helps untangle the real characters and events from the fictitious. This was much appreciated because although I had looked a few things up, the Author's Note gave concise answers to questions that would have taken more research.
I'm definitely giving this one a thumb's up: it appealed to some of my specific interests, the narrative was complex and involving, the interplay of actual places and events with the murder mystery was seamless.
My only complaint is that the conclusion was almost too complicated. I can deal with that...
Posted by jenclair at 12:30 PM