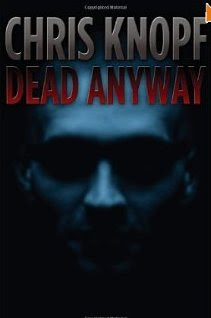 Dead Anyway is a riveting tale of a rather ordinary man (an overweight computer nerd and a compulsive researcher and problem-solver) who is transformed after his wife is murdered and he survives being shot in the head.  The changes Arthur Cathcart manifests when he finally emerges from a lengthy coma are a result of both his brain injury and his anger and grief over his wife's death.  Physically and emotionally, he is a different man.

He makes the decision to fake his death to prevent the assassin from making another attempt and to discover the who and why of his wife's murder and his own traumatic brain injury.  His sister is a physician, and the two of them manage to have Arthur Cathcart "die."

With a new name, a dramatically altered appearance, and plenty of money, Alex (formerly Arthur) begins a suspenseful investigation into his wife's murder. He is obsessed with finding the assassin and the person who  ordered the hit and uses his formidable computer skills and his research strengths coupled with an inventive twist of mind and brash persistence to follow the one lead he has--he saw the killer.

While there is a conclusion to one part of the story, it is obvious that there is another book in the making, and I look forward to it.

An intriguing plot with well-drawn characters, Dead Anyway has made it on to my favorites list.