Waiting for Wednesday by Nicci French 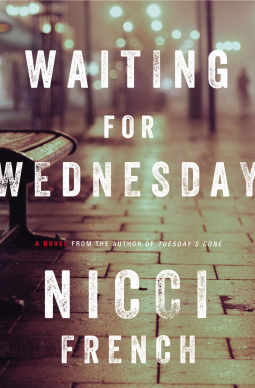 While not always the case, this series works better if you start at the beginning that introduces the main characters and their circumstances.  For this reason and the fact that one of the bad guys has a peripheral importance in the third novel, reading the series in order gives a better experience.

The first in the Frieda Klein series is Blue Monday, the second is Tuesday's Gone, and the latest is Waiting for Wednesday.

Waiting for Wednesday, the latest installment, opens with a recovering Frieda.  In Tuesday's Gone, Frieda barely survived a knife attack, and although she is healing physically, she still has some residual emotional trauma that she doesn't want to acknowledge.

When Ruth Lennox is murdered, Detective Chief Inspector Karlsson finds himself in an investigation that leaves a family in misery:  a devastated husband and three children who are stunned and grieving.  Frieda is no longer a consultant for the police, but her niece Chloe is friends with Ted Lennox, the dead woman's son.  One plot line deals with the investigation of Ruth's murder and Frieda's connection with the children.

The other plot line involves a journalist who has become certain that there is a pattern involving missing girls.  Jim Fearby originally wants to find out who committed a murder for which an innocent man was convicted, but as he investigates, he believes that one individual is responsible not only for the murder, but for a number of missing young women.

In the meantime, a young man comes to Frieda supposedly seeking help and presenting a long list of behaviors that would indicate a psychotic personality.  Frieda doesn't believe most of it, but does focus on one incident he describes.  Trying to discover who initially described the incident eventually leads her to cross paths with Jim Fearby in his search for missing girls.

I like Frieda and found the first two books compelling.  This third installment, however, didn't feel quite the same.  There was a certain disconnect which, of course, can be partially explained by Frieda's recent traumatic experience.  Unfortunately, this disconnect creates a thinness, a tenuousness to her character.  Frieda becomes almost ghost-like, almost tangential  to the plot(s).  Hope she comes to terms with her own emotional problems soon, and at least we know she intends to try. 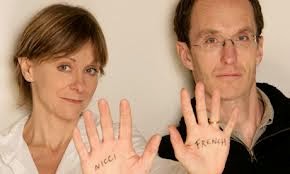