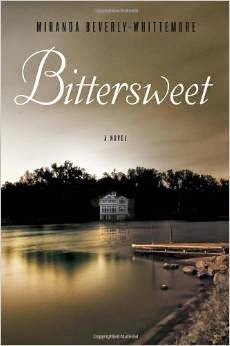 the rich
style
Plot of Bittersweet:

Plump Mabel is on scholarship to an exclusive university.  Her roommate Genevra Winslow, who pretty much ignores Mabel, is beautiful and privileged.  An incident allows the two to form a bond--at least the semblance of one--and Mabel is invited to spend the summer with Ev at Winloch, the family's exclusive compound in Vermont.

Of course, Winloch seems like paradise (and guess what?  Mabel is reading or trying to read Milton's Paradise Lost).  From the arrival of  the two girls to Ev's personal cottage Bittersweet, there is an obvious, but enigmatic mystery to the condition of their presence.
Ev says there will be an inspection which might decide whether they will be able to stay.  And, oh, Mabel does want to stay.

The extended Winslow family has some interesting characters, and the author does an excellent job in creating them, even if most of them are unlikable.  The pacing felt slow and the unraveling of several of the mysteries felt unnecessarily sluggish.   Several scenes could have been cut to add to the suspense (especially the meeting of Galway and Mabel) and move the novel at a better pace.

The author has well-drawn characters and great descriptive passages of the various areas of the Winloch compound.  I wish I could have liked it better.