The Body in the Woods by April Henry 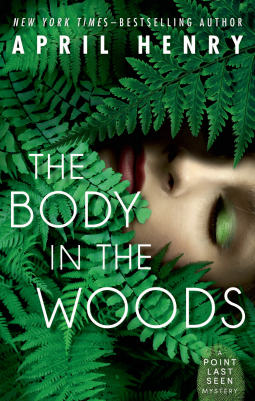 The Body in the Woods  is a YA murder mystery with interesting characters and an involving plot.

Three adolescent misfits have joined the Portland County Search and Rescue team for various reasons.  Their first participation in a genuine search effort is for an autistic man lost in the woods.  What they discover instead is the body of a young girl.

Ruby, Nick, and Alexis all have their own difficulties that separate them from others, but they forge an awkward friendship that develops over the course of the mystery.  I liked the characters and the way they eventually come to support each other.

This is the first book in Henry's Point Last Seen YA series, and I look forward to more.

Quote from Author's Page on Amazon:  When I was 11, I sent a short story about a six-foot tall frog who loved peanut butter to Roald Dahl, the author of Charlie and the Chocolate Factory. He took it to lunch and showed it to the editor of a British children's magazine - and she asked to publish the story! (For no money, which might have been a warning about how hard it is to make a living writing.)

:) I love that an eleven-year-old sent a short story to Roald Dahl, that he read it, and that he showed it to a friend who wanted to publish it.  Good job, Mr. Dahl.  Your influence lingers.