Tom Halloran, hot-shot lawyer, is taking his normal morning run through the park when he spots a body hanging from a tree.  Worse, when he gets closer he recognizes Elliot Carter, his friend and mentor; worse still, Carter is wearing a wig, a bra, and a thong.

When the Medical Examiner's investigator Hollis Joplin arrives, he notes a few irregularities, but the death still looks like autoerotic asphxiation.  Halloran, however, continues to insist that his friend would never have committed such a humiliating act and that it must have been murder.

Most of the story moves from Halloran's perspective to Joplin's.  Halloran tries to get at the truth, but his efforts sometimes muddle and interfere with Joplin's investigation.  Both characters are compelling as they wade through the back story that led to the death of Elliot Carter, not working together, but occasionally sharing information

A twisty puzzle with plenty of suspects and old secrets that have far-reaching effects. 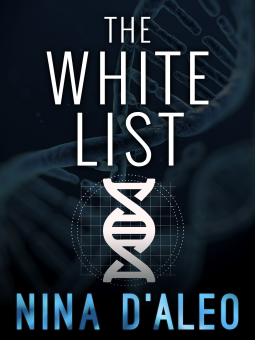 Chapter 11 is watching you.
Silver is an intelligence operative working for an agency that doesn't officially exist—beyond any government and above the law. Chapter 11 is the kind of place a person can join but never leave. And it keeps a third of the world's population under constant surveillance. At work. On the street. In their homes.
Why? Because of Shaman syndrome.
Chapter 11 observes, and when necessary "caps" the walts, as those who have the Shaman Syndrome are called.  Those born with the syndrome are unaware of the syndrome or constant surveillance, but when the walts awaken to their unusual talents and strength, Chapter 11 immediately responds by either killing them or taking them into custody for capping--whichever is least dangerous.

When I began reading, I was not sure if I'd continue, but after a chapter or two, I was completely immersed in the story.  Agent Silver and her partner Agent Dark have been remarkably successful in capturing walts after their break-throughs; unlike many agents who, when confronted with the strength and violence of a break-through walt, take the easier and officially sanctioned response of killing the walt, Silver and Dark have a record of getting their targets alive.

When Silver's partner is seriously injured by a walt, Silver begins investigating some anomalies that have bothered her, and she soon finds herself with a price on her head.  What is it that Silver (and other agents) don't know about the walts...and about Chapter 11, itself?

After a slow beginning (at least, the section of Silver's bemoaning her lack of romance), the pace picked up and the suspense began to build.   Who to trust?  Who to suspect?  What is involved in "capping" a walt?  What hidden agendas are kept from the agents?