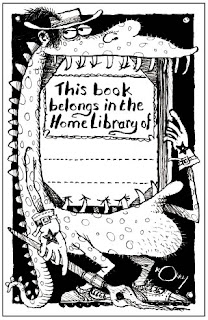 
In a comment, Bybee over at Naked Without Books mentioned The Neglected Book Page, and I decided to check it out. On Florence King's list, I've only read Jubilee Trail by Gwen Bristow and Katherine by Anya Seton (years and years ago), but I noticed Maggie-Now by Betty Smith. One of my favorite books as an adolescent was A Tree Grows in Brooklyn by Smith, so Maggie-Now will go on my list. I haven't read any of those listed on Terry Teachout's list, but boy, all of them sound interesting. I want to read all of them, especially Randall Jarrell's Pictures from an Institution and Bruce Marshall's Father Malachy's Miracle.

Also on the King/Teachout site, I found A Reader's Delight by Noel Perrin. "There is, as Noel Perrin writes in the prologue to A Reader’s Delight, “a large category of books just short of classic status that are known only to a handful of lucky readers. Almost anyone who reads a lot is apt to have come across at least one such book–something not in the canon, not
famous, probably not even in print–but all the same sheer delight to read. Many lifelong readers have a whole collection of such books…. This volume describes my own collection …”

"A Reader’s Delight collects 38 articles Perrin wrote over the course of several years as an occasional columnist for the Washington Post. Only two rules applied in selecting the books covered: “No book less than about fifteen years old was eligible;” and “no book that more than two or three of my colleagues had read got considered.”

On Perrin's long list, there was only one book I recognized, A Fine and Private Place by Peter Beagle- a book I've intended to read for several years (title from a line in Andrew Marvell's "To His Coy Mistress," one of my favorite poems).

Thanks, Bybee, for pointing me toward such an interesting site!
Posted by jenclair at 7:56 AM